Ukrainian President Volodymyr Zelensky has welcomed calls by the UN nuclear agency for a safety protection zone at the Zaporizhzhia nuclear power plant. 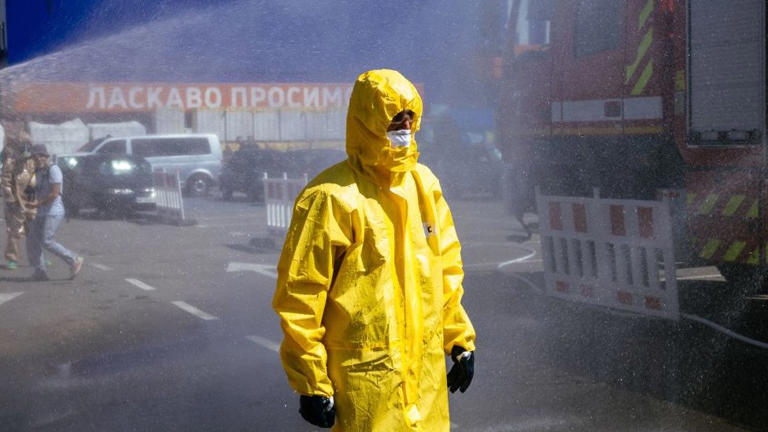 The plant has been occupied by Russia since the start of the war and it has come under repeated attack since.

Mr Zelensky said he would support the safety zone if it aimed to demilitarise the territory of the nuclear plant.

In a report published on Tuesday, the International Atomic Energy Agency (IAEA) said shelling of Europe’s largest nuclear power station could lead to unlimited release of radioactive materials, while the presence of Russian military equipment on site could undermine its security.

Mr Zelensky said the report noted the presence of Russian military hardware on the territory of the plant and referred to pressure on employees, alongside “clear references to the Russian military occupation”.

Shelling continued while a 14-strong IAEA team visited the site last week and its head, Rafael Grossi, warned at the time of a very real risk of nuclear disaster. Although most of the team left the plant after two days, it said two of its officials would remain there on a permanent basis.

The plant lies on the southern bank of the River Dnieper, across the water from Ukrainian-held towns and military positions.

Both sides have accused each other of targeting the plant, occupied by Russian forces in early March.

On Tuesday, Russia accused Kyiv of hitting the area three times in 24 hours. Ukraine says Russian forces have used the plant as a shield from which to fire on nearby cities, although Russia insists it is guarding the site.

In its report, the nuclear agency highlighted the “extremely stressful conditions” facing the 907 Ukrainian staff working there under Russian military control.

However, the IAEA is careful not to apportion blame to either side. 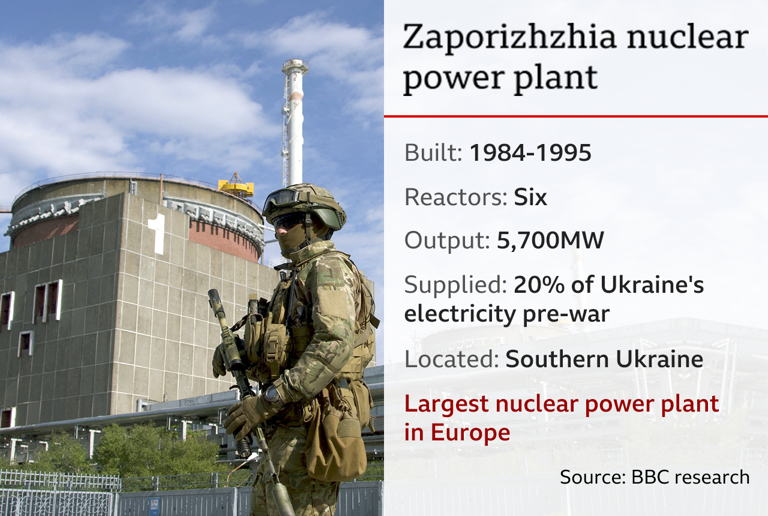 How risky is standoff over Ukraine’s nuclear plant?© BBC

The IAEA detailed the damage to the plant and said that while continued shelling had not yet triggered a nuclear emergency, it did present a constant threat to safety that “may lead to radiological consequences with great safety significance”.

There was an urgent need for “interim measures” to prevent a nuclear accident caused by military action, it added, saying all relevant parties would have to agree to a “nuclear safety and security protection zone” being set up to avoid further damage.

The UN Security Council held an emergency meeting after the publication of the IAEA’s report to discuss the situation in Zaporizhzhia.

UN Secretary General Antonio Guterres said “as a first step, Russian and Ukrainian forces must commit not to engage in any military activity towards the plant site or from the plant site”. 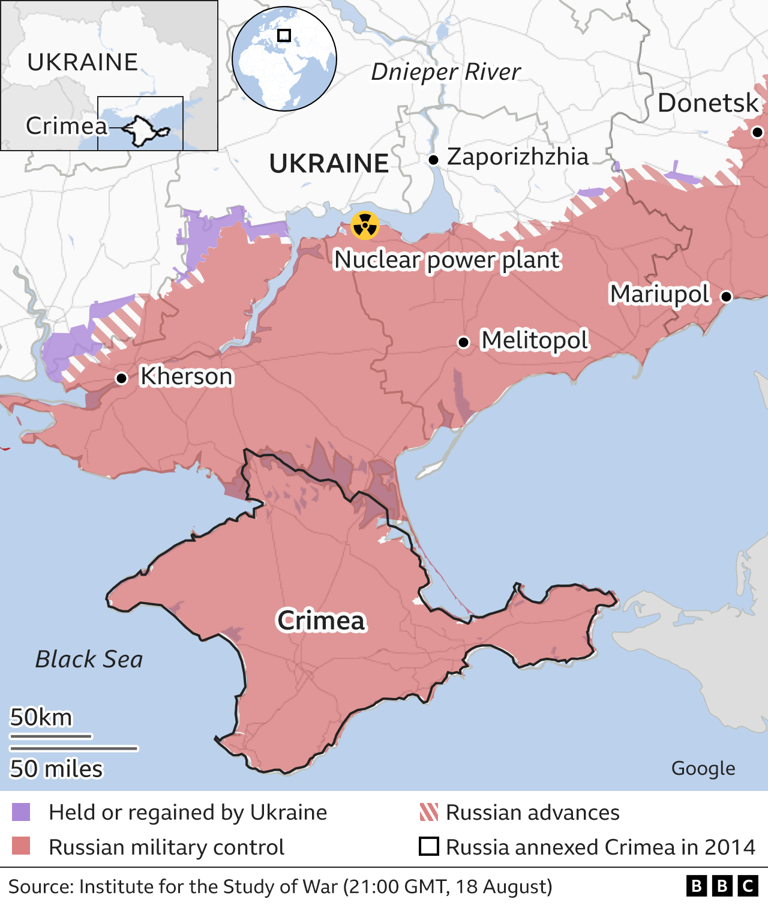 How risky is standoff over Ukraine’s nuclear plant?© BBC

In an eventful day for British politics, the UK’s new Prime Minister, Liz Truss, spoke to Mr Zelensky about the war in Ukraine, among other mutual concerns.

The UK has been a firm supporter of Ukraine since the beginning of the war.

In his nightly address, Mr Zelensky said he congratulated the incoming PM, adding that he was the first foreign leader she had spoken to since assuming office.

He called it “a great honour” for Ukraine and said he felt the two countries would build “deep and fruitful relations”.

Meanwhile, Russia’s Foreign Minister, Sergei Lavrov, told the UN that its grain deal with Ukraine was being undermined by Western sanctions.

Mr Lavrov said “our Western colleagues are not doing what we were promised by the UN secretary general” and no decisions were being taken “to remove the logistic sanctions that prevent the free access of Russian grain and fertilisers to world markets”.

About 20 million tonnes of grain meant for export had been trapped in Ukraine since February, along with other foodstuffs such as maize and sunflower oil.

But Russia and Ukraine signed deals with Turkey to establish a corridor from Odesa, and two neighbouring ports, to the Istanbul strait.

UN spokesman Stephane Dujarric said the UN was continuing to work through “a number of hurdles” within existing sanctions regimes to facilitate the export of Russian grain and fertiliser. 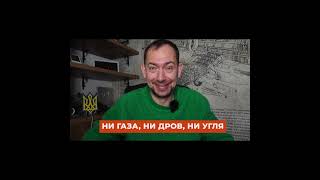