Russia Returns To Ukraine: Are all cities focused on the real enemy? The journalistic investigation, “Russia Returns To Ukraine: Kherson fell. Are all cities focused on the real enemy?”, is the second in a series of revelations of Russia’s hybrid influences in Ukraine. One of its consequences was the capture of Kherson, the regional center of southern Ukraine. The author of the film, Tim White, is a British investigative journalist known for his high-profile investigations into Russian hybrid influences, including “Nothing but lies: Fighting fake news” (exposing Russian propaganda and the Kremlin’s hybrid influences), and “One World Cup, One War, One War, How Much Corruption” (about the corrupt cooperation with Russia during the selection of the host country of the 2018 FIFA World Cup) and “Russia Returns to Ukraine: Oligarchs, Criminals and Local Elites” (about new security threats arising from the intensification of networks of Russian agents in Ukraine and other Eastern European countries).

The investigation shows how the hostile network in Ukraine (regional elites, criminals and the Russian Orthodox Church in Ukraine) worked during the full-scale invasion of Ukraine by the Russian Federation. Tim White discusses new risks that include the Russian intention to capture the city of Dnipro through their deeply echeloned agency. 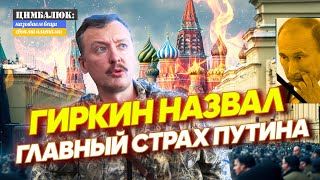