Schools in England could be forced to cut meal portions or quality unless government increases funding for free school meals, says Bidfood chief

Soaring food inflation could force schools to choose between offering smaller portions at lunchtime and using cheaper ingredients, the boss of one of the UK’s largest food wholesalers has warned, as providers in the sector called for more funding to tackle rising costs.

Andrew Selley, the chief executive of Bidfood, a food distribution business with an annual turnover of nearly £2bn, said schools would be facing tough decisions unless the government increased funding for free school meals.

Cash for free school meals for all young children in the first three years of primary school has only increased by 4p to £2.34 a meal since the allocation was introduced in 2014, meaning it was lagging food price inflation even before the latest surge in prices.

The war in Ukraine has sparked a doubling in the price of sunflower oil compared with a year earlier as supplies have been restricted, Selley said, with knock-on effects on other vegetable oils.

The price of baked goods had gone up by between 20% and 30%, while increases in wheat prices would also affect pasta, egg and chicken prices, because wheat is used in chicken feed, he said.

“This is going to lead to some difficult decisions for school caterers: either they are going to serve smaller portions or use cheaper ingredients, which isn’t going to be good for the children,” Selley told BBC Radio 4’s Today programme.

School caterers and other food providers said they were facing significant difficulties amid rising food and fuel prices, while their labour costs have also gone up. “The situation is now unprecedented,” said Jacquie Blake, national chair of LACA – the School Food People, a representative body for school food.

“Our budgets cannot keep up. Our members are telling us that they will be unable to meet the school food standards if funding does not increase,” she said.

Blake said school caterers were reluctant to put up their prices for those who paid for meals, as many pupils ate their sole hot meal of the day at school: “Increasingly we are seeing children fall through the gap: they are not entitled to free school meals but their parents cannot afford a school lunch.”

The amount of funding provided by the government for universal infant free school meals, provided to all children in England in the first three years of primary school, has increased by only 1.7%, or 4p, since its introduction in 2014.

A slightly higher allocation is made available for older children in England, although this is paid to schools along with other funding. These older pupils are entitled to free school meals if they attend a state-funded school if the parent or carer they live with is on benefits – including income support – or receiving universal credit with household income of less than £7,400 a year.

Currently only two in five children in poverty are eligible for free school lunches or school holiday support. While many campaigners accept food providers face rising cost pressures they believe the priority should be to widen the availability of free school meals.

Devolved governments in Scotland and Wales have already taken steps to extend free school meals in all primary schools.

Making school meals more affordable is not just related to funding, according to Myles Bremner, a consultant on school food policy and a former director of the government’s school food plan.

“The catering industry should focus on ensuring that all those children who struggle to afford paid-for meals can be enfranchised into the school meal system,” Bremner said. “If you do that you increase the uptake of school meals and by doing so improve the economics.”

Campaigners are concerned that struggling parents may withdraw their children from school meals and provide packed lunches instead. There are anecdotal reports that levels of school meal debt are also growing, as families struggle to pay.

The Conservative backbench MP Jo Gideon has called on ministers to consider expanding eligibility for free school meals to ease the cost of living pressures on struggling families.

Gideon, the MP for Stoke on Trent Central since 2019, has taken an active interest in food and nutrition issues, and chaired the all-party parliamentary group on the national food strategy.

“I certainly think we need to look at the options as more and more people are feeling the pinch. Expanding eligibility for free school meals is a feasible option,” she told the Guardian.

The government’s food strategy adviser, Henry Dimbleby, put an expansion of free school meals at the heart of his national food strategy, but the government’s response, expected in a white paper, has been delayed since January and is not expected before June at the earliest.

A government spokesperson said: “We recognise the pressures that some schools may face and have given them the autonomy to agree individual contracts with suppliers and caterers, using their increased core funding. This funding has gone up by £4bn in 2022-23 alone – a 7% increase in cash terms per pupil from last year.”

… we have a small favour to ask. Millions are turning to the Guardian for open, independent, quality news every day, and readers in 180 countries around the world now support us financially.

We believe everyone deserves access to information that’s grounded in science and truth, and analysis rooted in authority and integrity. That’s why we made a different choice: to keep our reporting open for all readers, regardless of where they live or what they can afford to pay. This means more people can be better informed, united, and inspired to take meaningful action.

In these perilous times, a truth-seeking global news organisation like the Guardian is essential. We have no shareholders or billionaire owner, meaning our journalism is free from commercial and political influence – this makes us different. When it’s never been more important, our independence allows us to fearlessly investigate, challenge and expose those in power. Support the Guardian from as little as $1 – it only takes a minute. If you can, please consider supporting us with a regular amount each month. Thank you. 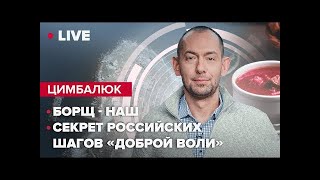